The pure feelings of Bloody Sadism

Pooyan Ahmadi is Bloody Sadism, an one man band from Tehran, Iran and founded in 2014. Pioneer of depressive brutal death metal (new style of death metal) and released the debut album "Eloquent Atrocity" in October 2019. After the review (read it here) it was time for Manos to have a little talk with Pooyan.

Hello Pooyan! What is the current situation in Iran regarding the COVID-19 Coronavirus pandemic? Was the Iranian state prepared to deal with such a huge crisis?
Hello. The situation is same as the other countries. But we're fighting with this global virus together and we'll be success definitely. I hope all the people around the world be safe.

On January 23rd, 2020 your underground metal special from Iran was aired on Gimme Radio. I listened to the show and found it very informative. I have happened to air some special shows on Gimme Radio myself before. Please let us know about your experience as a Gimme Radio guest DJ. Will you do it again?
It was a fantastic experience for me and people really liked it. They asked me to do another show and at this moment, I'm setting my list for the second show.

I read in your biography that despite being only 24 years old you have already worked with more than 30 bands. Which are the most significant of them for you? In how many bands are you active now?
Bloody Sadism and Depreciation are my most significant bands 'Cause they're my own bands and everything is by myself but other bands that I work with them are important as my own band. I mean War Angel, Pinatus and others are valued for me and I know them like my own bands and my mates are as my brothers.

You formed Bloody Sadism in 2014. What was your primary intention for the band and how much have you succeed in it so far?
I started the band to say what I want in my songs and say my ideas about what I think about the issues. It's kind of internal matter. You know, sing about love and subjects like that are repetitive for me and I'm not interested in these kind of things so much.
My goal is concerts and albums and the most important topic is pure feelings about things.
The debut album's feedbacks had been great till now and I hope to be able to keep it in future. 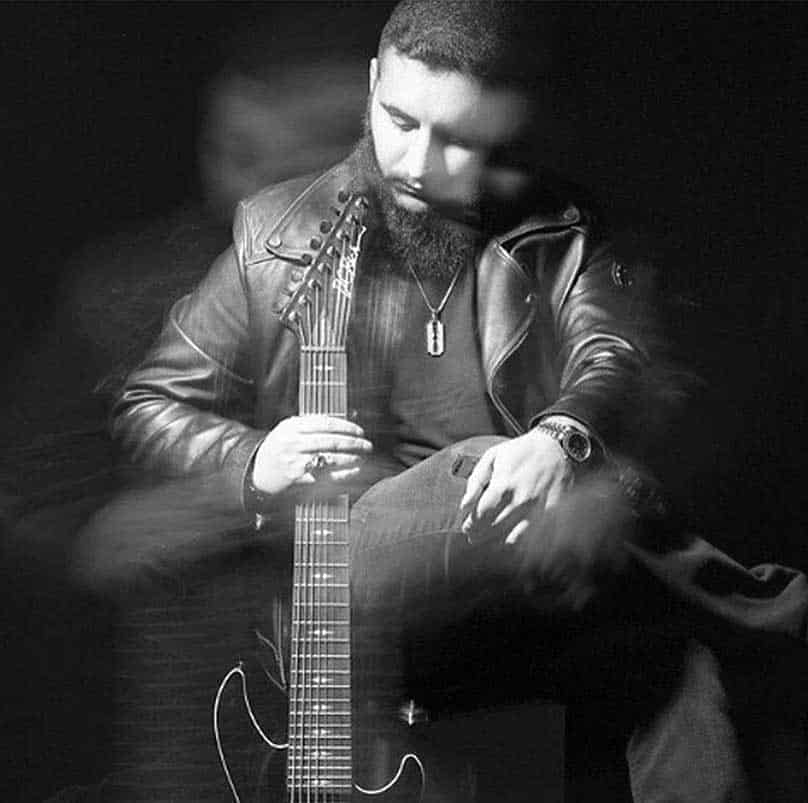 You play everything in Bloody Sadism (classical, electric, acoustic and flamenco guitars, bass and you perform the vocals). Are you a self-taught musician or you have attended any lessons?
For classical and electric guitars and metal singing, I attended in classes but for others I've learned by myself and by experiences.

How do you program the drums for Bloody Sadism?
I use Guitar Pro to write the drums line and at studio, after the final recording, I'll change parts if it be needed. For the first album, drum programming done by Behnam Zandieh.

Bloody Sadism released the "Eloquent Atrocity" full length in 2019. How much time did you need to complete the album? How did you compose the music?
I began to write some riffs and lyrics in 2014 and I've finished the tracks in 2017. Then I began to sing death metal and in 2018, I started recording the album. I can write songs in short time but I want and try to do some unique songs. And I recorded the album in about 3 month.

Where did you record the album and who produced it? Are there rehearsing/recording studios in Iran?
I recorded at Theme Studio. Behnam Zandieh was the recorder and my advertiser. Ali Esfahani was the sound engineer and who did mixing and mastering. Thanks and hail to them.

Would you describe your lyrics as the typical brutal death metal lyrics or you have any special approach on them?
Both. The first thing in death metal is the lyrics and mine are about misogyny, torture, gore, violence and depression that are the main target in death metal genre (except depression).
The second part of the album's target, wants to show a person who is fighting with himself and he tries not to do the bad things that he thinks about them.
As it's clear, in Intro you hear a simple behavior of a person who goes to bathroom and etc… then he talks about the negative things in other songs then he dies in last track by the depression and regret of things I did before.
It's kind of concept album and has special approach not a normal thing like many others.

How easy is it to have a one-man band? Do you have any plans to make Bloody Sadism a full line-up band?
It's cool to be alone and do everything by myself. You know, finding somebody with the same music taste is too hard and I rather to be alone. At this moment, I don't have plans and I don't like to invite others for project and also I like to play alone at shows like putrid pile and others.

If you had the chance, would you relocate from Iran to another country to chase your music dream? Which country would you choose and why?
I love my country and also I would like to live in US, Norway, the Netherlands and countries like them that I can find mates like myself. Specially US, the land of opportunities. 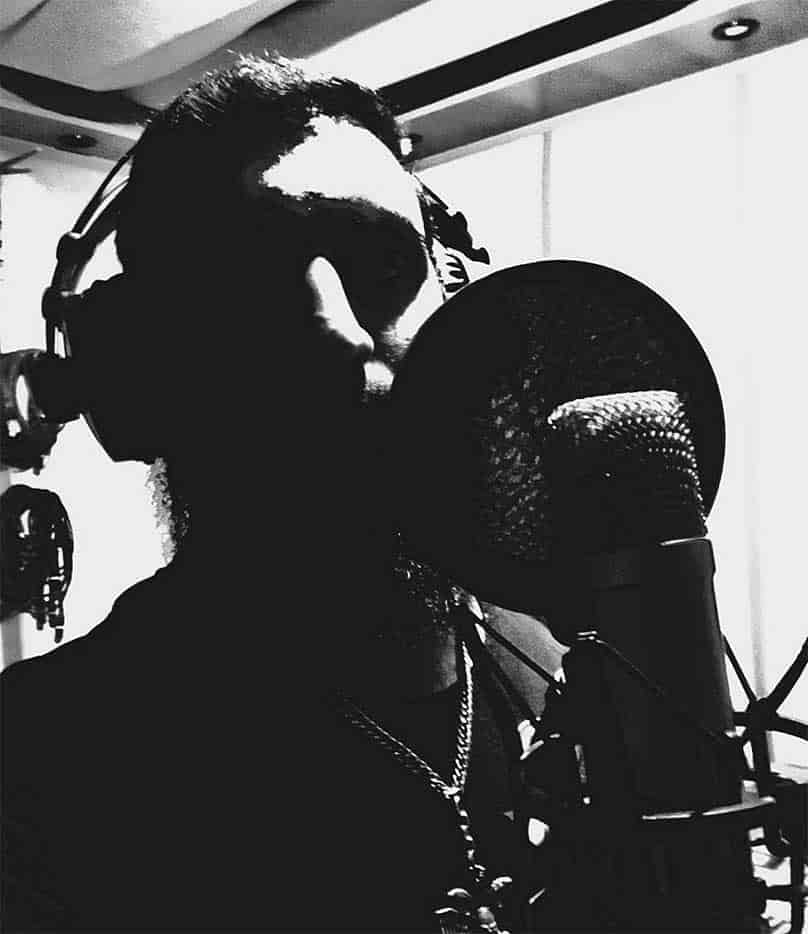 I learned many Persian bands from your Gimme Radio special. However, who of them would you suggest our readers to check out?
All the bands that I mentioned at show are good. I think by your music taste, you should check out Tension Prophecy.

"Eloquent Atrocity" was released from the Spanish label Base Record Production on CD. Are you satisfied with your cooperation so far and the way the CD came out?
It could be better to be released by the way that BRP did and other ways like Spotify, iTunes and others but however thanks to BRP.

Did you have any problems to get your copies from the label to Iran due to the splatter cover?
Because of Embargo, it has been more than 6 months of album release I couldn't get my copies yet!!!!

Who created this sick splatter piece of art on the cover of "Eloquent Atrocity"?
One of my friends. He's name is Kian.

Have you ever played live with Bloody Sadism? Would you like to?
Not yet… but I hope to be invited for the shows in other countries.

Iran has a great music history and many traditional bands. Have you ever played in any of them or is this not of your interests and why?
No I've didn't played with traditional bands. The music is not my type yet. Maybe in the future, things be changed.

Are you currently working on any new songs for Bloody Sadism? When should we expect a new Bloody Sadism release and what will is sound like?
Yes I currently working on the second album. It will take some time and I need some rest after these three albums that will be released by other bands (and Depreciation) that I work with.
It will be so much heavier and technical.

Thank you so much brother Pooyan for the interview. I appreciate your time. I appreciate your effort and passion in making good music despite the difficulties you have to deal with. I wish you the best of luck with your projects. Please be safe. Close the interview as you like!
Thank you so much for the interview. Thanks to fans for their supports.
Hail to metalheads!
Goodbye
Band: https://www.facebook.com/bloodysadism
Interviewer: Manos Michaelides
Apr 7, 2020
Next interview: Disinfect, Abaddon and Corona